You are here: Home / RxCollect

The Licking County Prevention Partnership announced the pilot program for the continuous collection and safe disposal of prescription drugs and over-the counter medications called RxCollect on November 1, 2010. Licking County residents can dispose of their unused and expired prescription and non-prescription medications at one of seven law enforcement agencies throughout the county. All collected medications are safely disposed of in accordance with applicable law.

HOURS FOR ALL LOCATIONS:

Acceptable items for disposal include:

Items NOT ACCEPTED for disposal include:

The LCPP coordinates two (2) Take Back Days each year (one in the fall and one in the spring) in partnership with local law enforcement. Licking County residents can safely and anonymously dispose of any prescription or over-the-counter medications at any of the designated drop off sites throughout the county. Drop off sites change with each event, so check back regularly for up-to-date information.

NEXT TAKE BACK DAY is: Saturday, October 15, 2016 from 10am till 2pm. Residents should remove all pills from their packaging and place them in a clear Ziploc bag. Liquids and creams should remain in their original container with pharmacy labels removed or blacked out.

Why should Licking County residents use the RxCollect program?

Public Safety–According to statistics from the US Drug Enforcement Agency (DEA), prescription pain relievers are the new drug users’ drug of choice versus marijuana or cocaine. By partnering with law enforcement in this program, it allows residents to bring in prescription pain killers such as oxycodone and hydrocodone commonly known as Percocet, Vicodin and OxyContin.  Removing these narcotics from the medicine cabinet and properly disposing of them will help to reduce the potential of drug abuse and accidental drug misuse.

Environmental Concerns–Prescription and non-prescription are also being found in our rivers, streams and ground water.  These drugs are considered to be “emerging contaminants of concern” partly due to the harmful effects that low concentrations are already having on the fish population.  Our existing wastewater treatment plants and septic systems are not designed to remove these contaminants.  Residents can help to reduce the amount of these contaminants in our environment by utilizing the collection bins instead of flushing unwanted drugs down the toilet or putting them in the trash.

RxCollect is a project of the Licking County Prevention Partnership (LCPP) a prevention coalition supported by Pathways of Central Ohio
and is funded in part by Mental Health and Recovery for Licking and Knox Counties, United Way of Licking County and the Cardinal Health Foundation. 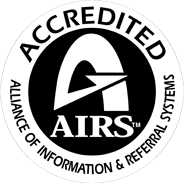